On ocean tides, in brief.

The cumulative dissipative processes in the water cause the phenomenon of tides, due to the change in the volume of water, due to the effect of movement with respect to the Moon and Sun.

(*) While the effect is known, the cause remains hidden.

(**) One may well know the existence of a thing, without knowing its nature.

In the second part of this site, I intend to show that also water is subject to cumulative-dissipative processes, as it happens in seeds, in order to keep its entropy low.

One of the consequences is the phenomenon of the tides, due to the variation in the density and volume of water, which is due to its movement with respect to Moon and Sun, not because of their attraction.

For instance, it is no longer necessary to have a second formula for the attraction, valid only in the case of tides, where the distance is raised to the third power.

This absurd expedient was introduced in contempt of the fundamental rule, for which the book of Nature is written in mathematical characters, as Galileo Galilei had previously stated. Correct, not false characters.

Jean Fourastié said that when we want to communicate a new idea, it must fit harmoniously into previous ideas' baggage, as if it were only a corollary, or a special case. This is a useful recommendation in most cases.

But not when fundamental inconsistencies burden the theory on the subject under discussion. Not when you understand that you have to start from a completely different point of view.

As it happens when they tell you that the tides are mainly due to the attraction exerted by the Moon, even if this attraction is infinitesimal.

In fact, applying the formula of attraction, where it decreases due to the distance squared, the Earth attracts the waters of its oceans nine million times more than the Moon does. Too much to think that, on the other hand, the attraction exerted by the Moon can have any effect.

Rather than say “we don’t know”.

When the culprit of a crime is not found, sometimes an innocent person is condemned, even in the presence of inconsistencies, fixing things as best they can, in practice adapting them to the least worst.

That's what happened in the case of the theory on tides. Not finding the true cause of the phenomenon, instead of admitting that we do not know, they have prefered to adjust the formula arbitrarily, and affirm that - in the case of the tides, and only in this case, as an exception - the effect of attraction diminishes due to the distance raised to the 3rd power, not to the 2nd.

I think all exceptions are accommodations, invoked when the real rule is ignored for convenience, or, worse, because it is not known, as in this case.

Towards an alternative hypothesis.

Based on what has been said up to this point, I would rule out attraction as the cause of the tides, finding myself so free to propose an alternative hypothesis, corroborated by evidence.

Like seeds, even water can regenerate, keeping its entropy low, thanks to its movement with respect to other matter, and consequent cumulative-dissipative processes, as can happen in water purification plants, where it is set in motion for its regeneration.

In this research, in order to prove that water also uses cumulative dissipative processes, I had to keep in mind the difference between how it happens in seeds (still relative to the surrounding matter), and how instead it happens in liquid water (molcules in motion).

In this regard, I had to see if also in water some perceptible effect could take place, caused by the movement of the Moon, showing one of the peculiarities of the cumulative dissipative processes: that they are activated by the movement with respect to other matter, at critical angular velocities, therefore only during brief episodes of interaction, as I had seen in the seeds.

In seeds, at critical angular velocities.

In the grounded seeds, all molecules move at the same angular velocity as the Moon. When this happens at a critical angular velocity, the processes, either cumulative or dissipative, can take place in large numbers, in distinct periods. 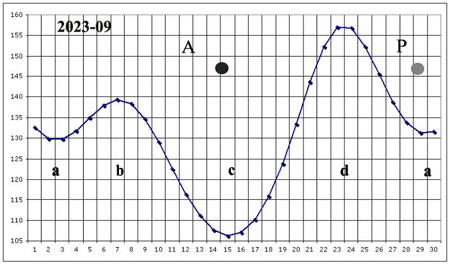 In the seeds, these processes cause a greater fluidity of the fatty acids.

In water, just a few molecules at a time.

Instead, in liquid water, consisting of moving molecules, the cycle of cumulative-dissipative processes - I thought - must not take place in separate periods, but at short intervals, or even at the same time. This has to happen often, but only in a few molecules at a time.

That is why, for the most part, the generation of the tide - decrease in water density - is not perceived.

In fact in water such processes are diffused, but hidden to the naked eye, for lack of contrast, except when they can be recorded in the times in which the phenomena are amplified, in particular places.

One of these places is the southern lagoon of Lusenzo, near Venice, where the phenomenon is amplified, and where much of this research has been carried out. 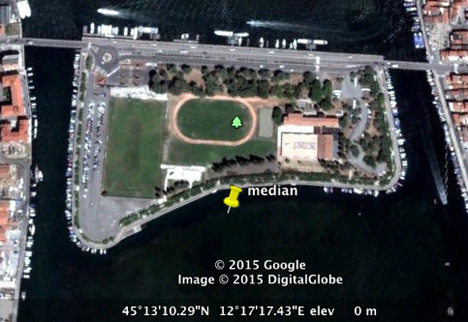 When the water of the lagoon of Lusenzo has to flow towards the sea, it is as uncertain which channel to take, and it stands still, so amplifying the phenomenon of the decrease in the density of water, caused by cumulative-dissipative processes, when the Moon insists on a critical angular velocity, valid for water, for a prolonged time.

This can occur at points a, b, c, d, in the calendar of the cumulative dissipative cycle, valid for seeds.

After a research that lasted some years, in Lusenzo, I have come to the conclusion that the movement of the Moon varies the density of the water, when at critical angular velocities, during brief episodes of interaction.

Indeed, in water, the cumulative dissipative pocesses cause a density decrease and a volume increase, and the tides' phenomenon.

During my research, I recorded in photos and videos what I call “water figures”, real protuberances of water, which I now present on this site, in various pages of the itinerary 2.3, together with the circumstances in which the recordings have taken place. 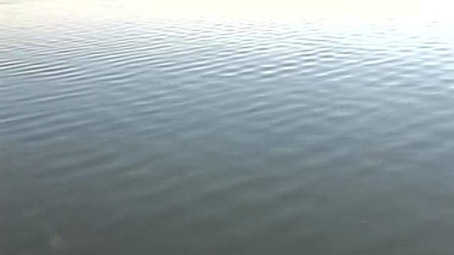 On page six of the same itinerary, water figures called density waves are shown. It is when the phenomenon is very amplified.

When there is no apparent cause, among those known, that can form waves, our mind censors the density waves, and does not perceive them.

When we perceive with all our senses an event that is not yet part of our experience, and that we do not know how to interpret, our mind censors it. In this case, our mind precludes us from seeing a phenomenon that exists, if seen directly.

On the other hand, when we see a scene in a movie, we are more tolerant of the new (see also page 2.2.7 and annex P).

Observing how the tide is generated.

In particular places, true astronomic observatory to understand how the tide is generated, it is possible, under given conditions, that many water molecules are, at the same time, at the same critical angular velocity with respect to the Moon. 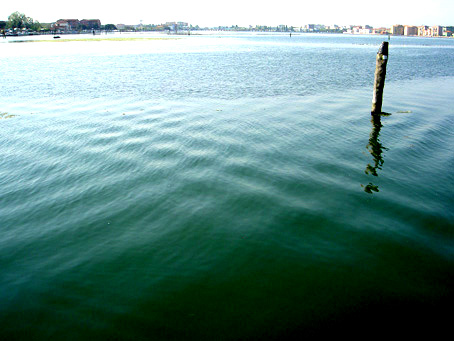 Then it is possible to record the formation of water protuberances, arranged in more or less ordered grids (itinerary 2.3).

When the phenomenon is amplified, it takes the form of “density waves” (page 2.3.6).

The phenomenon of the tides.

The movement of water relative to the mass of the Earth, keeps water vital. The process is widespread, not local.

Instead, the movement of the water of the seas and oceans, with regard to Moon and Sun, is focused, with different intensity, at different times, in the various places.

This gives rise to variation in the density and volume of water, at different times, in the various places, and therefore to the phenomenon of tides.

The mechanism of the tides.

Indeed, in places where the Moon and Sun's actions are better focused, the density of water decreases, and its volume increases. There are then pushes from molecule to molecule, and the formation of a tidal wave.

It should be borne in mind that this wave moves at a slower speed than the Earth turns on itself, with regard to the Moon and the Sun. Because of this, numerous tidal waves are formed in the various seas and oceans.

It should also be borne in mind that the location where a tidal wave is generated varies continuously, in the 24 hours, its inclination relative to the Moon and the Sun. 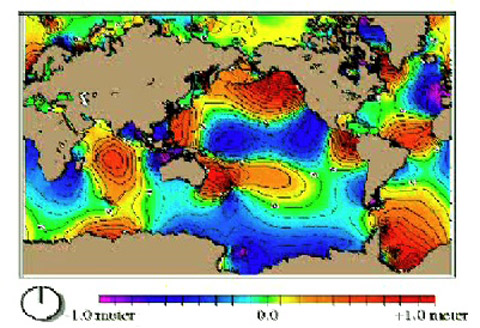