As already mentioned, tidal formation is normally a hidden phenomenon, because it involves a few water molecules at a time.

There are conditions that make the effects of force d on water visible. It is when "figures of water" are formed.

To record this phenomenon, tests cold “Z test” are carried out, designed to detect the critical angular velocity values of the Moon, at which water manifests to be induced to cumulative dissipative processes. This is possible when other conditions are also met at the same time.

Favourable conditions for the “test Z”.

During a “test Z”, many water molecules must be synchronized to the same value of angular motion with regard to the Moon. A value that must be long-lasting and critical for the water molecule.

The closer to one of the critical angular velocities, the more numerous the discontinuous events expected by me, and the more the effects are amplified, giving rise to protuberances of water, arranged in more or less ordered grids.

2 - Variation of the angular velocity .

The second condition is that the variation of the angular velocity of the Moon is zero, or close to zero, i.e. most of the times at points a, b, c, and d of the calendar, prepared for the seeds. So that, when a critical value of angular velocity valid for water takes place, it is long lasting.

The angular velocity, given as hourly average per each day, of how much the Moon recovers its delay, on its revolution around the Earth, defined in 86400 seconds, and performed during one sidereal month. 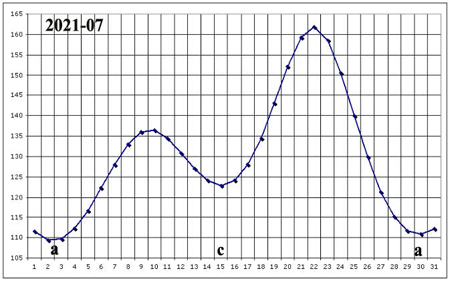 It is only then, that there is the possibility that a critical angular velocity value, when a valid one for the water molecule occurs, will be maintained for a significant time, so that the effects of the processes induced by force d are clearly manifested. Sure, when there are also the necessary consistent thermal exchanges.

Unlike what happens in the seeds, stationary with respect to the ground, it is good to specify that in liquid water, where the molecules can move between them, the thermal exchange can take place between molecules in the cumulative phase, with those in the dissipative one, almost at the same time.

It is my understanding that this is happening in more or less coordinated times. When the time coordination is maximum, water figures take the form of density waves.

Heat exchanges are favoured by the depth of the water, and by its renewal at every tidal cycle.

The observation shall be made in a sufficiently deep pool of water.


The smaller the movement of water, the more molecules per single event interact with the Moon at the same angular velocity.

As I have just said, the water must be as firm as possible. But it must not be stagnant, but renewed at every tidal cycle, in order to facilitate the necessary thermodynamic exchanges between molecules.

Without such exchanges, the force d generated by the angular movement with respect to the Moon (or the Sun) remain ineffectual.

There must be no wind. It must not exceed 3 km/hr. The figures of water would be altered.

Just a slow wind is enough to distort the water figures. Most of the rendez-vous with the Moon get missed because of the wind, whose speed should be under 0.5 m/s.

Water figures broken by a wind of 2 m/s. 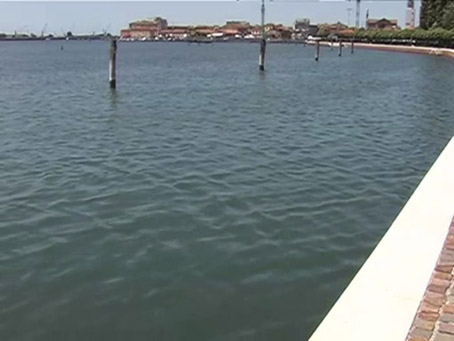 Even the waves due to the passage of boats disturb the formation of water figures. 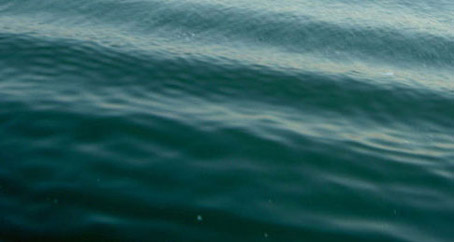 The distance of the Moon from Earth has depressing effect.

Also the distance from the spatiole, where the action of the Moon is better focused, has depressing effect.