Hypothesis on the formation of the tide waves, here interpreted as the effect of the decrease of water density. 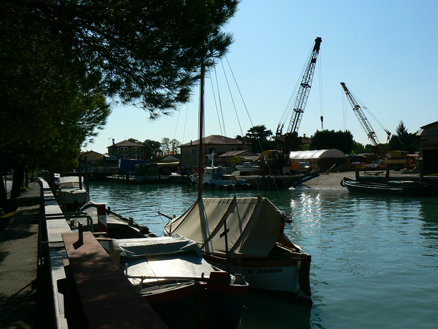 The mechanism of the tides - introduction.

This research on the mechanism of the tides began with the need to solve four crucial inconsistencies in the current theory on tides:
(1a) that the formula applied in the case of the tides is not that of gravity (it is to be defined);
(1b) that the attraction that the Moon exerts on the waters of our oceans is nine million times weaker than that excerted by the Earth, too little to envisage that gravity is the cause of the tides;
(2) that the effect on the tides of the sequence on the space Earth-Moon-Sun, is almost the same as the sequence Moon-Earth-Sun;
(3) that the movement of tidal waves does not proceed from east to west, to adapt to the attraction of the generating bodies (Moon, Sun), as the current theory suggests, but takes place inside tidal basins, as shown in a NASA video;
(4) that the cadences of the tides in the numerous basins may be either bi-diurnal or diurnal, does not matter at which latitude.

more on the four inconsistencies

All these inconsistencies would be solved by admitting that the tides are due to the decreasing of water density, thanks to a force, I call force d, the same that has been postulated to explain how seeds increase their viability.

This force is generated thanks to the motion. It produces effects at critical values of angular velocity, relative to other matter, provided that there are also heat exchanges consistent with the trend of movemet.

As already said, the force d operates in duality with gravity, both consequent to the distribution of matter over space. While gravity determines the movement, the “force d” exploits it in the cumulative-dissipative processes.

In the itinerary 2.3 I introduced the phenomenon of the “water figures” and of the “density waves”, which would show the manner a tide is generated, by decreasing water density.

Water figures aligned by the currents, in the lagoon of Venice (copied from Google Earth).

In the itinerary 2.4, I pointed out the differences between the current way of explaining the tides, and the hypothesis that the tides would be due to the variation of water density.

Hypothesis of the tide mechanism.

In the present itinerary, I will propose an hypothesis of the tide mechanism. I will show the facts that could support the hypothesis that the tides are due to the cyclical decrease in water density.