When supplementing heat to seeds makes no difference.

There is no sense to supplement the seeds with heat flow flow during a long enough cumulative period (b-c, d-a), when the temperature is already high enough. 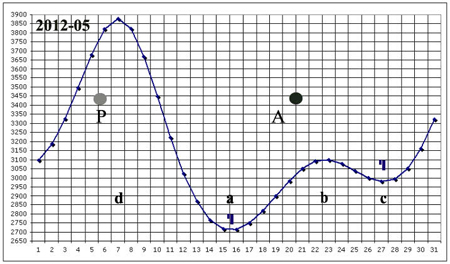 The angular velocity, given per each day, of the delay recovering of the Moon, on its revolution around the Earth, defined in 86400 deltins, and performed during one sidereal month.

During the eight days of the cumulative phase d-a, the temperature has been at high enough levels. 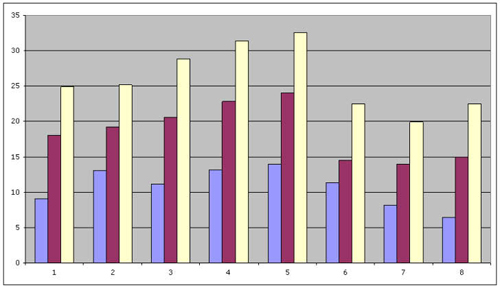 Low , average and maximum temperatures of the eight days of the cumulative phase [data recorded at Montagnana (Padova), location of the experiment, by ARPAV, http://www.arpa.veneto.it, “sotto licenza Creative Commons Attribuzione 3.0 (CC BY 3.0)”].

The outcomes of the eight plants were almost equivalent. A little difference: the plants from heated seeds began to get their heads lower two days before the others.

At the beginning of the dissipative period, the unheated seeds could be at a viability degree, as low as that of the heated ones.

Both batches of seeds could have completed all the possible cumulative processes.