Three lots of wheat seeds, of the same kind, distributed by the same firm; lot A and lot C were sown on adjacent rows; all of them were sown in soils having the same features.

Lot A has been sown on October 24th, 2004; as expected, the germination processes started the following day, which was the day just before the “point a”, the last day of a hard seed period; within the period of the seed viability cycle, that's the worst day, when the orderly fatty acids are at their lowest level, ceteris paribus.

Lot B has been sown on October 25th, 2004; as expected, its germination processes began the day after that of the “point a”.

The daily angular velocity of the delay recovering of the Moon, on its revolution around the Earth, defined in 86400 deltins, and performed during one sidereal month 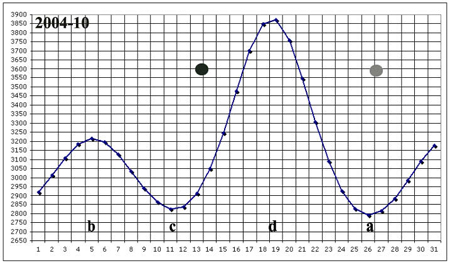 Lot C has been sown on October 25th, 2004; as expected, the germination processes began the day after the day of the “point a”. The difference with lot B was an important one: beforehand, it was kept inside an incubator at 35°C for two days.

At mid january 2005, after three months of drought, the differences of the three lots were noteworthy, as one can see from the photo nr.1. 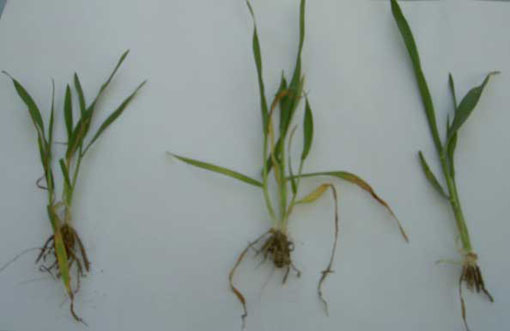 At mid june 2005, very near to the completion of the test, another photo of specimen was taken. 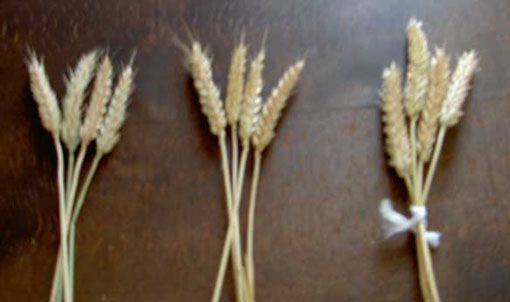 The difference in output between lot A and lot B was at least 15 per cent; that between A and C, over 30 per cent.