The Earth is a planet accompanied by a moon, sufficiently massive and still close, which gives the necessary "force d", thanks to its relative movement, for instance relative to seeds still on the ground.

The variation of the angular motion.

As already said, the angular motion of the Moon, relative to the Earth, is characterized, most usefully, by two alternate phases. For a period, it is decreasing (cumulative phase), for the successive period, it is increasing (dissipative phase). 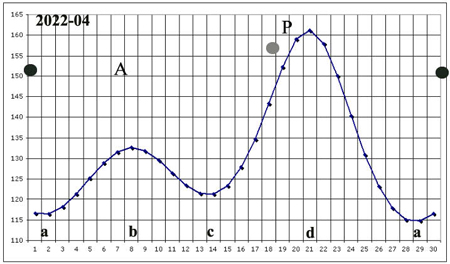 This variation of the angular motion of the Moon, in two phases is among the secrets of the life on the Earth.

It enables the mechanism of the cumulative dissipative processes, first by creating a condition of chaos, from which later original order is restored, entropy is decreased, with no degrading of the energy in the Universe, circumventing the second law of thermodynamics.

Furthermore, our planet is provided with an adequate magnetic field, which, as said before, could prove to be essential in the interactions of this force, due to movement.

If this hypothesis were confirmed, on the Moon and on Mars, without a suitable magnetic field, the processes that this force allows could not take place.

Establishing farms on the Moon and on Mars, as some already expect to do, could then present problems, difficult to solve.

There is no Earth B.

Without degrading energy, the “force d” allows to lower entropy in seeds, at the top of what allows downstream the conditions for life. I have reasons to believe that cumulative-dissipative processes take place also in water, which is at the same top (see part 2).

All this with implications on the status of the Earth, as the only place, in the solar system, where life can develop. In other words, as rightly said, there is no Earth B.