The phenomena highlighted in the seeds occur in infrequent cases. This will lead to an understanding that they are due to motion versus other matter at critical angular velocities.

On this page I introduce the three initial observations, which have the merit of provoking questions, and making me start this research.

Each type of seed has its own characteristics.

Each type of seed has at least a particular characteristic, thanks to which it is better able to answer a question, which may be posed before, but also during an observation or during an experiment.

However, it must be said that, sometimes, you know the key feature, to the success of an observation or an experiment, in the end, in retrospect, after many tests. The answers you receive can raise new questions. But it can also happen that the answers precede the questions.

Caracteristics of sunflower and flax seeds.

In second and third observation, and in the experiment A and experiment E as well, excellent quality sunflower seeds are used, thanks to their characteristic of changing color and consistency, during what will subsequently be identified as the dissipative phase of the cumulative-dissipative cycle.

In experiment C flax seeds are used, thanks to their characteristic of having a high germinative threshold, so that they wait for the moment to germinate only when they are above that threshold. They basically tell you in which part of the cycle they are able to recover viability.

The first step was the observation of how flax seeds, albeit rarely, increase their volume. If you put some flax seeds in a glass, and pour water into it, in infrequent cases, the seeds swell their volume, even more than four times, within 10 minutes.

The second step of this seed study was a simple observation: that the degree of tenderness of high quality sunflower seeds is highly variable. In infrequent cases, sunflower seeds become very tender, suddenly. 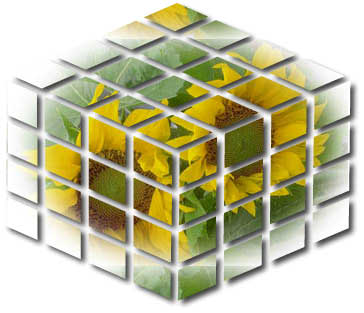 This has been known for years, but it has always taken as a curiosity, devoid of any importance. Instead, the tenderness, in sunflower seeds, seems to be somehow correlated with their degree of viability.

The third step took place when I repeatedly observed that sunflower seeds of the highest quality, without shell, still in relation to the surrounding matter, in infrequent cases, suddenly showed to change color and tenderness.

In each kind of observation, there is a common feature: the phenomena highlighted occur in infrequent cases. It is the first clue that, later, will lead to understand that the movement, with respect to other matter, may have an effect only at critical angular velocities.