Insert D - The secret of the life on the Earth.

The secret of the life on our planet is a most improbable combination of an ensemble of factors, which, inter alia, make it possible for the seeds to recover viability, despite the second law of thermodynamics, as defined without taking into account the “force d”.

d1 Moon's angular velocity variation.
d2 The essentiality of the Moon for the seeds.
d3 Generating and utilizing the “force d”.
d4 Probability for the “force d” to manifest itself.
d5 Are we alone in the Universe ? 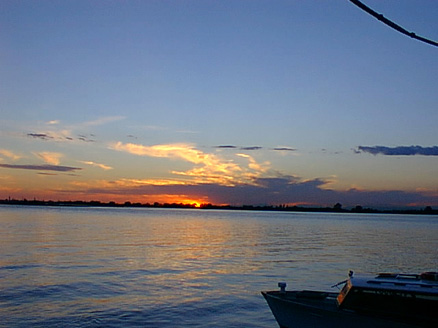 Planet Earth is provided with a moon, large enough to perform the functions of co-planet, without which our planet would be lifeless. As a matter of fact, it is because of the variation of the angular velocity of the Moon that seeds can elude the second law of thermodynamics, perform cumulative dissipative processes, and remain viable for a long time.

The essentiality of the Moon for many systems.

If the Earth had not a moon, there would be no life, as I presume to be the case of Mars.

All the objects in motion would generate force d only the molecules, which are in a proper magnetic field, could take advantage from it.

Probability for the “force d” to manifest itself.

Thanks to the conditions here on the Earth, the force d manifestations are highly probable, during episodes of interaction, despite the constraints to be satisfied. In the rest of the Universe, I presume, its manifestation would be extremely unlikely.

Are we alone in the Universe? 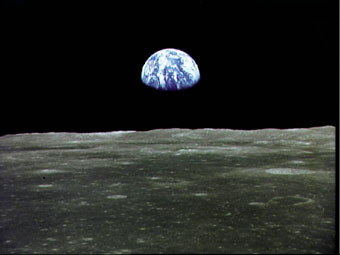 The Earth, seen from the Moon (courtesy by NASA).

Since the life on our planet is possible also thanks to the Moon, because it stabilizes the Earth's tilt, and is a source of force d, one can infer that an exoplanet, in order to be fit for life, among other features, must have a moon like ours.

See also the insert L:
the Moon, satellite or co-planet.